Beau's On The River 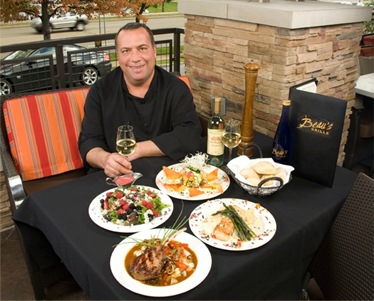 At all of our Beau's locations we invite your to sit back, relax and enjoy the tastes of fine dining in a casual setting. Each restaurant offers it's own unique feel and ambiance that pairs perfectly with it's mouthwatering menu.

Chef Beau Schmidt at the age of 19, opened his first restaurant, the Oakwood Grill. Beau’s next move was to Crocker’s in the Valley, where for the next nine years he was the manager and chef. In 1993, Beau and his partner opened Beau’s Tavern in the Valley. In December of 2000, Beau moved to the Fairlawn area and made his final move to the former Market Street Grille at the Hilton Akron/Fairlawn Hotel and Suites in November of 2003, opening Beau's Grille.

Beau’s on the River opened at the Sheraton Suites Akron/Cuyahoga Falls in May of 2013. Our restaurant on the river offers stunning views of the river rapids and falls with floor to ceiling windows in a contemporary décor.

Beau’s Kitchen & Tavern opened at the Sheraton Denver West Hotel in June of 2017 and offers casual dining with an eclectic menu of customer favorites from our two Ohio locations.